The fact that Bjarne Thiesen and Wessel Speel were named to the USL League Two All-League team did not surprise head coach Tom Bowen. 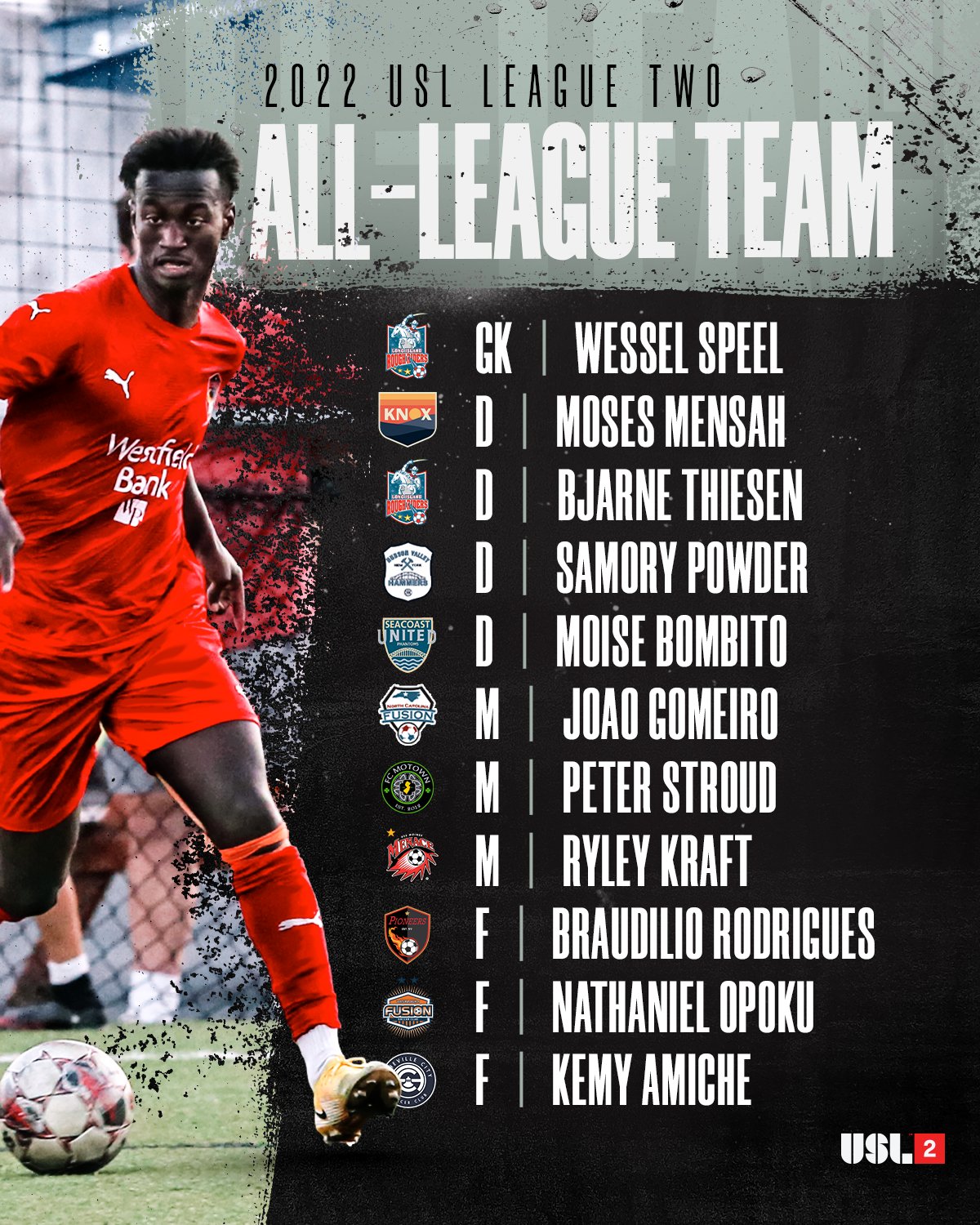 After all, they were vital members of the team, which reached the League Two championship game on Aug. 6. Long Island lost to the Ventura County Fusion, 2-1.

The Rough Riders (15-3-1, 11-2-1) finished second in the Metropolitan Division before making their playoff run.

These two big players came up big time for the Rough Riders. Thiesen is 6-5, Speel 6-7. While their skills were exceptional, their height went a long way, especially when defending dead-ball situations such as corner kicks, free kicks and penalty kicks, and scoring off of them as well.

“Set pieces can win and lose you games as we’ve seen,” Rough Riders head coach Tom Bowen said. “Having that threat in the box both attacking-wise and defensively having a big, commanding goalkeeper and a big commanding defender just gives you an edge when the margins are so small, when you get to that stage of the season. They both came up big for the playoffs.”

Thiesen, a defender, played a major role in fortifying the Rough Riders’ backline in their march to the title match.

“Towards the end of the season he grew into a leader for us. He became captain. We shifted him into the middle of the back three and he was just a rock. He’s one of the best players and best people I’ve had the pleasure of working with.”

Thiesen, who plays for the West Virginia University, made 12 appearances for the Riders. He finished with one goal and two assists. His lone tally was in the national semifinals, a 2-0 win over North Carolina Fusion U-23.

“I’d be very surprised if he doesn’t end up getting drafted and becoming a full professional,” Bowen said. “I just don’t see many better defenders in the country. Great kid. Great Leader. Great character. All of the boys love him.”

If anything got through Thiesen and his teammates, then Speel made sure he cleared the ball out of harm’s way. He finished the season with a 1.39 goals-against average and was part of six clean sheets.

“He’s a presence,” Bowen said. “He communicates well, and that’s what you need, especially towards the end of the season and in the playoffs. He grew in confidence, and he got better as the season went on. I think he’d admit it himself. The midway point of the season and into playoffs he really stepped up and became more confident in himself.”

“He started to come and collect crosses and he was very commanding in his box and that’s what you want from a goalkeeper. He will take the pressure off your defense. When [balls] are coming into the box, he comes and collects it. It just gives your backline confidence. They know they’ve got somebody like that behind them.”

These days, Speel guards the goal for Hofstra University.

As it turns out, both players were – literally and figuratively. 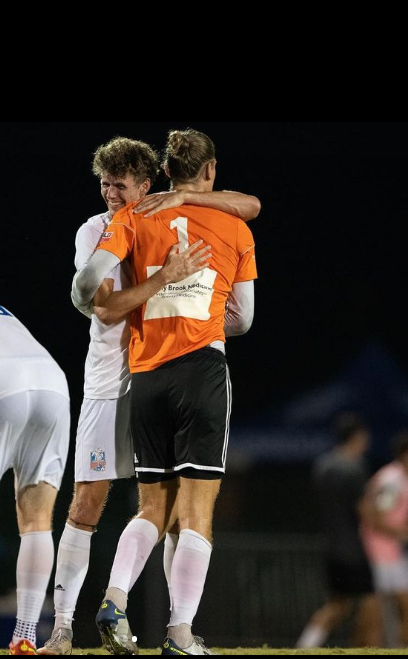