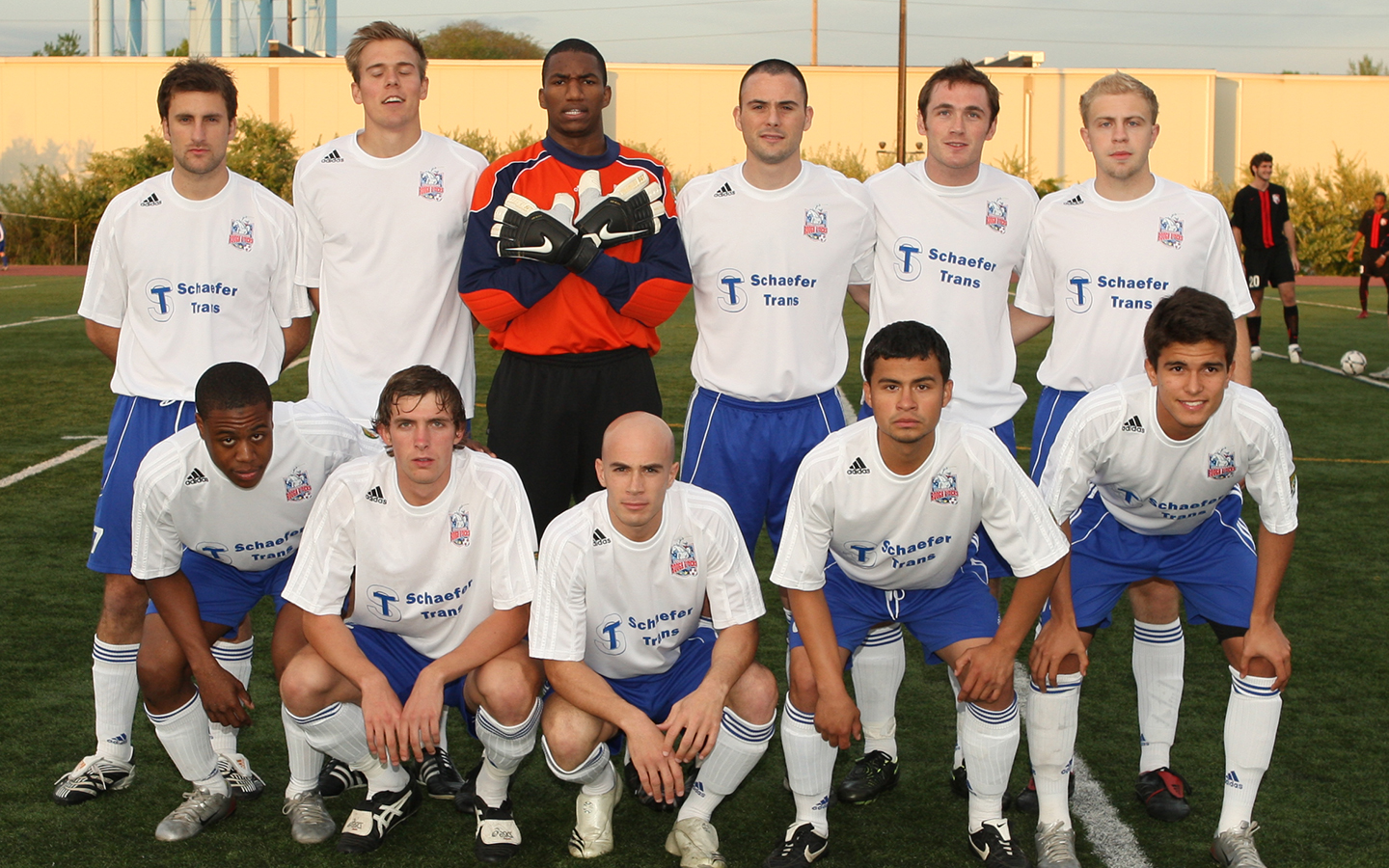 Under head coach Dan Fisher, the Riders finished fourth in the Northeast Division with a 7-6-3 record. In the first round of the Lamar Hunt U.S. Open Cup, Long Island dropped a 1-0 decision to the host Rochester Rhinos in the opening round on Matthew Delicate 20th-minute score.

Goalkeeper Tim Melia, midfielder Danny Kramer and forward Mike Palacio were among the standouts on this squad. Melia joined Sporting Kansas City in 2015 and has backstopped more than 200 Major League Soccer since then. He was named the MLS comeback player of the year in 2015, MLS goalkeeper of the year and an MLS Best XI in 2017, when the keeper was named Kansas City’s MVP as well. Melia also was a member of Sporting’s Open Cup champions in 2015 and 2017. He earned man of the match honors in 2015 and was named player of the 2017 competition.

The season was gripped by tragedy as former Rough Riders and New York Power trainer Tracy Ohrman passed away in April after an illness. She was 39. Ohrman passed away in her hometown of Pittsburgh, Pa. after contracting a quick-spreading bacterial infection while visiting her family. Her family and former Rough Riders coach and boyfriend, Ronan Wiseman, were at her side when she passed away. Known as Mommy to the players, Ohrman not only helped nurse their injuries, but their psyches as well.

“She gave the athletes what they needed – a strong, firm personality,” former Riders general manager Jim Kilmeade said. “She was the mother, but she was tough. . . . She was so honest and so direct.” 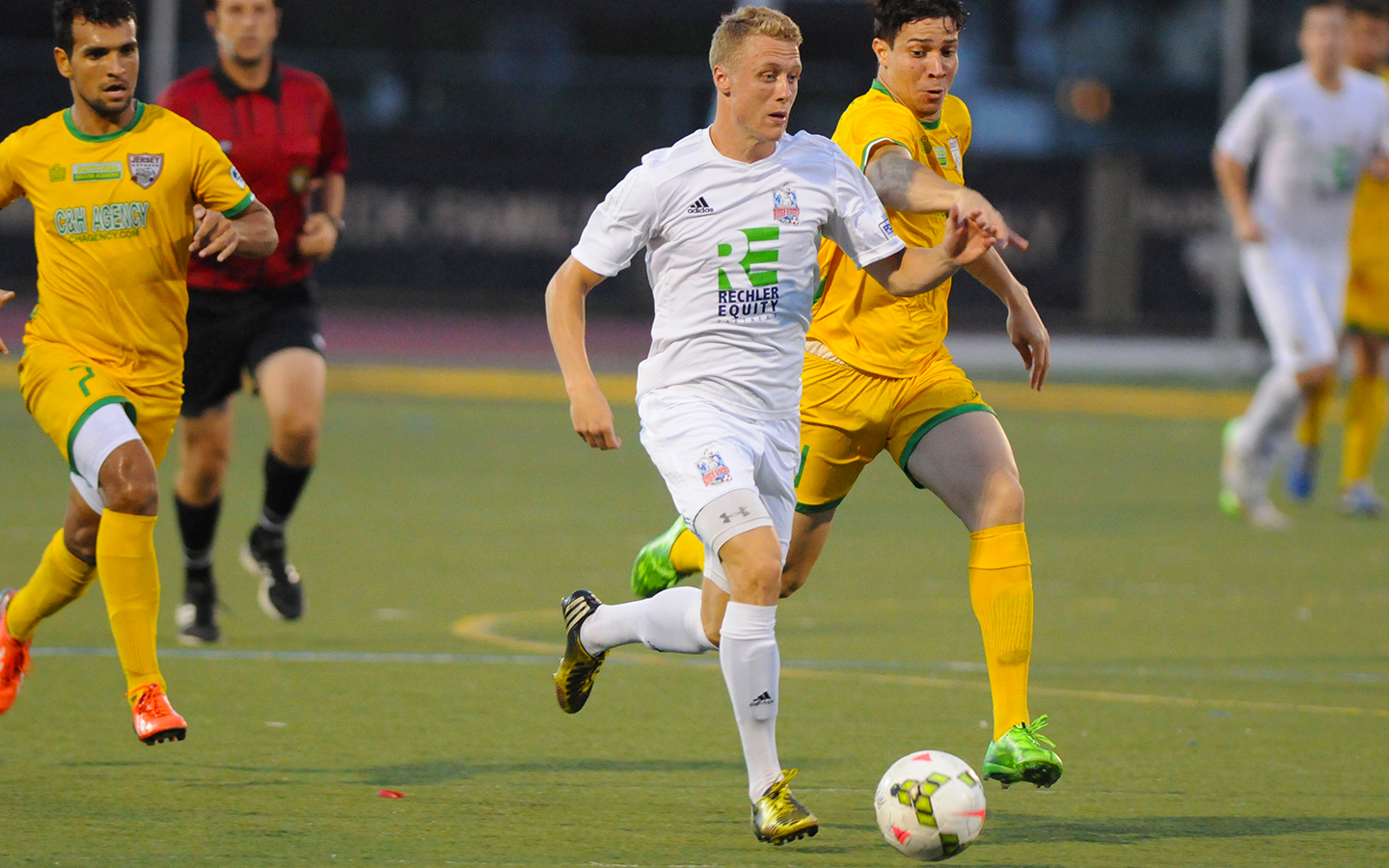 Former Riders made some news during the year as Grella (Toronto FC) and Alex Grendi (Columbus Crew) were selected in the 2009 MLS SuperDraft. Grella, a Glen Cove, N.Y. native, never played for Toronto. Instead, he signed with Leeds United (English League One), after scoring five more goals for Long Island. Grella also played for the New York Red Bulls and Columbus Crew in MLS. Ex-LI defender Paul Robson also was given a trial at Crystal Palace of the English Championship. 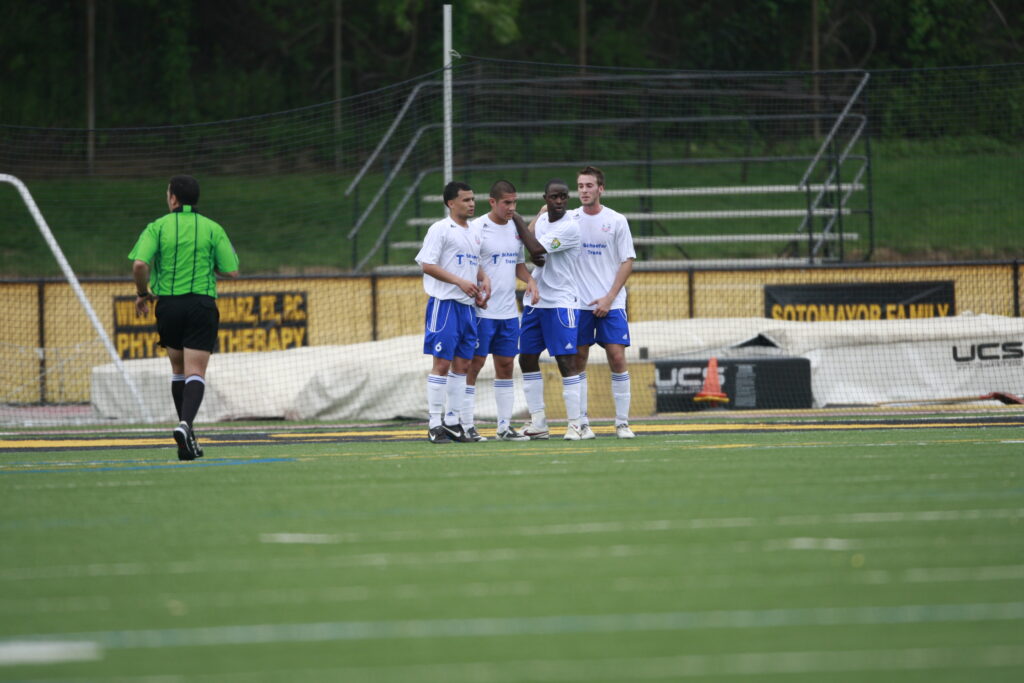 Ryan Meara continued the Rough Riders’ tradition of strong goalkeepers as he guarded the net 10 times in a 12-2-2 season that saw the side return to the playoffs, thanks to a second-place finish in the Northeast Division. With Meara, who has played for the Red Bulls and New York City FC, the Riders allowed only 10 goals that season, the second fewest in the 68-team league.

Midfielder Adam Himeno led the team with seven goals in 15 appearances, while Danny Kramer played a steady defense. Also on this squad was former Red Bulls forward Chris Megaloudis, in his third stint with the club, and one-time Hofstra standout midfielder Gary Flood, who performed with the New England Revolution in 2007-8.

In the Northeast divisional semifinals of the playoffs, the Riders dropped a 2-0 home decision at St. Anthony’s High School in South Huntington, N.Y. 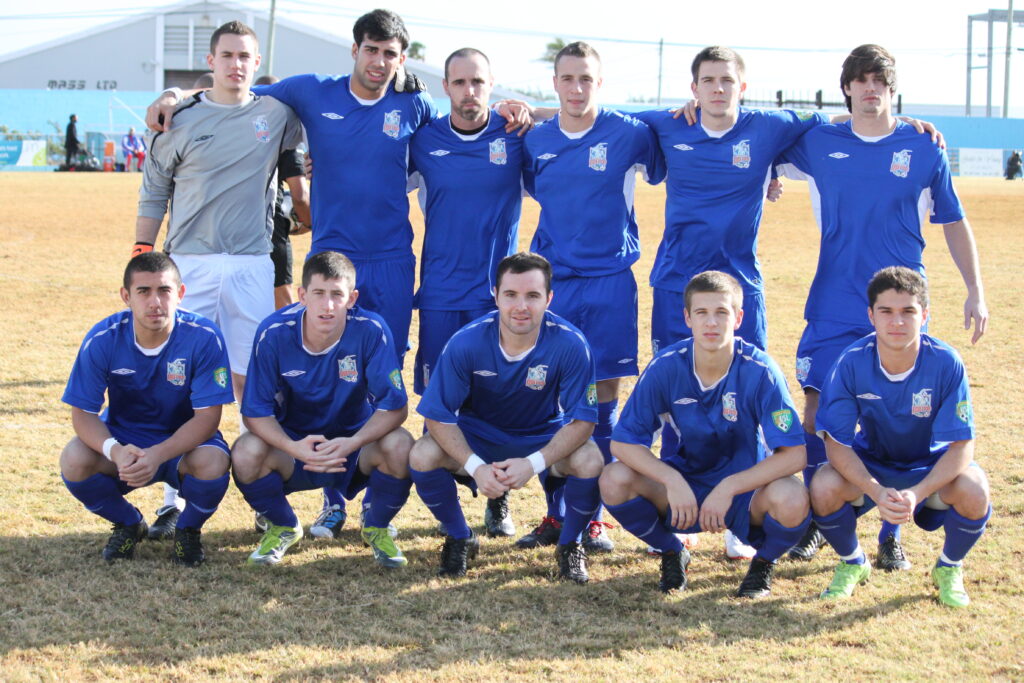 Despite an 8-4-4 record, Long Island missed out on the playoffs with a fourth-place finish. Himeno led the attack with seven goals, followed by Palacio (six) and Todd (five).

The team’s most memorable moments that season came during the Open Cup, in which the Riders reached the second round for the first time since 1997 (they upset New England). Against the New York Freedoms at home, Kramer lifted the hosts into a 1-0 lead in the 19th minute off a Ben Arikian cross. Kramer turned playmaker in the 66th minute as Grendi scored off his cross. Goalkeeper Bill Gatti recorded the clean sheet.

In the second round, the Harrisburg City Islanders registered a 1-0 home win as Geoff Bloes tallied the deciding goal in the 33rd minute.

After the season, the Riders had more to play for as they were invited by the Bermuda Football Association to participate in its BFA Christmas 2010 tour in Bermuda, a holiday tournament for its local and international clubs. Long Island competed against Bermuda’s Under-20 national team and the Dandy Town Hornets, the island’s defending Premier Division League champions. 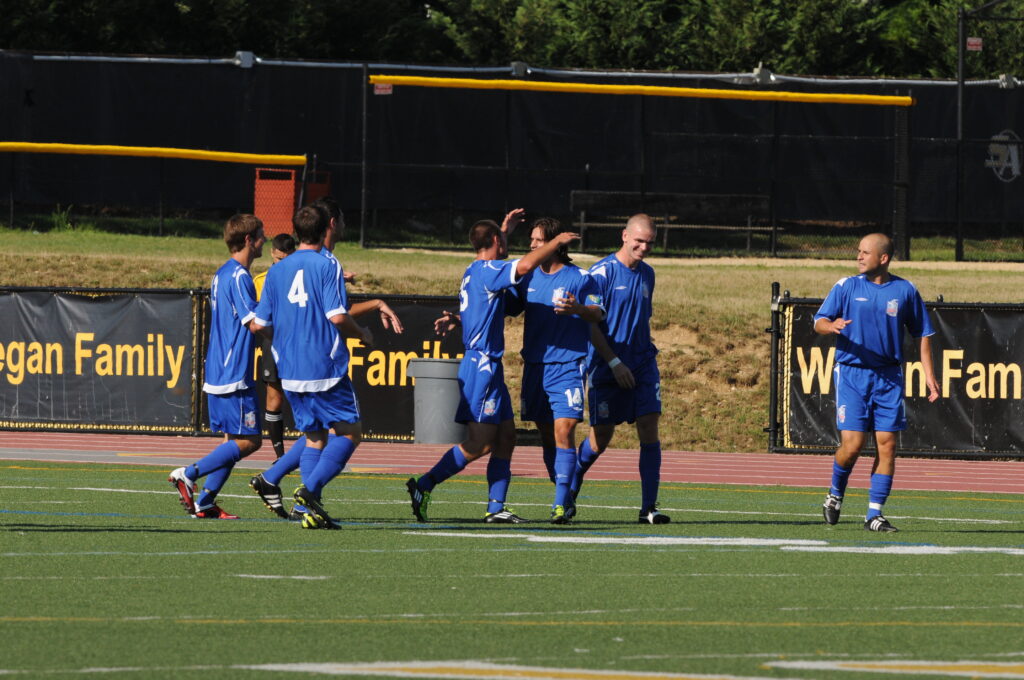 The Rough Riders won their first divisional title under the new ownership as it posted a 12-1-3 mark to capture the Eastern Conference’s Mid-Atlantic Division crown in one of the most successful seasons in franchise history. The team tied MPS Portland Phoenix (Maine) for the best goal differential in the league with a plus 29 as Long Island outscored its foes by an imposing 42-13 margin.

After receiving a bye in the conference semifinals, the Riders secured a 3-1 win over the visiting New Hampshire Phantoms on the strength of Sarle’s hat-trick. Sarle tallied in the 18th, 27th and 53rd minutes. In the Conference final, LI edged the Jersey Express at home, 3-2, as Keith Detelj (seventh minute), Sarle (33rd minute) and Stephan Barea (84th minute), who volleyed the ball home off a Kramer cross to snap a 2-2 deadlock, to reach the national final four.

In the PDL semifinals, the team dropped a 4-1 decision to the Laredo Heat. 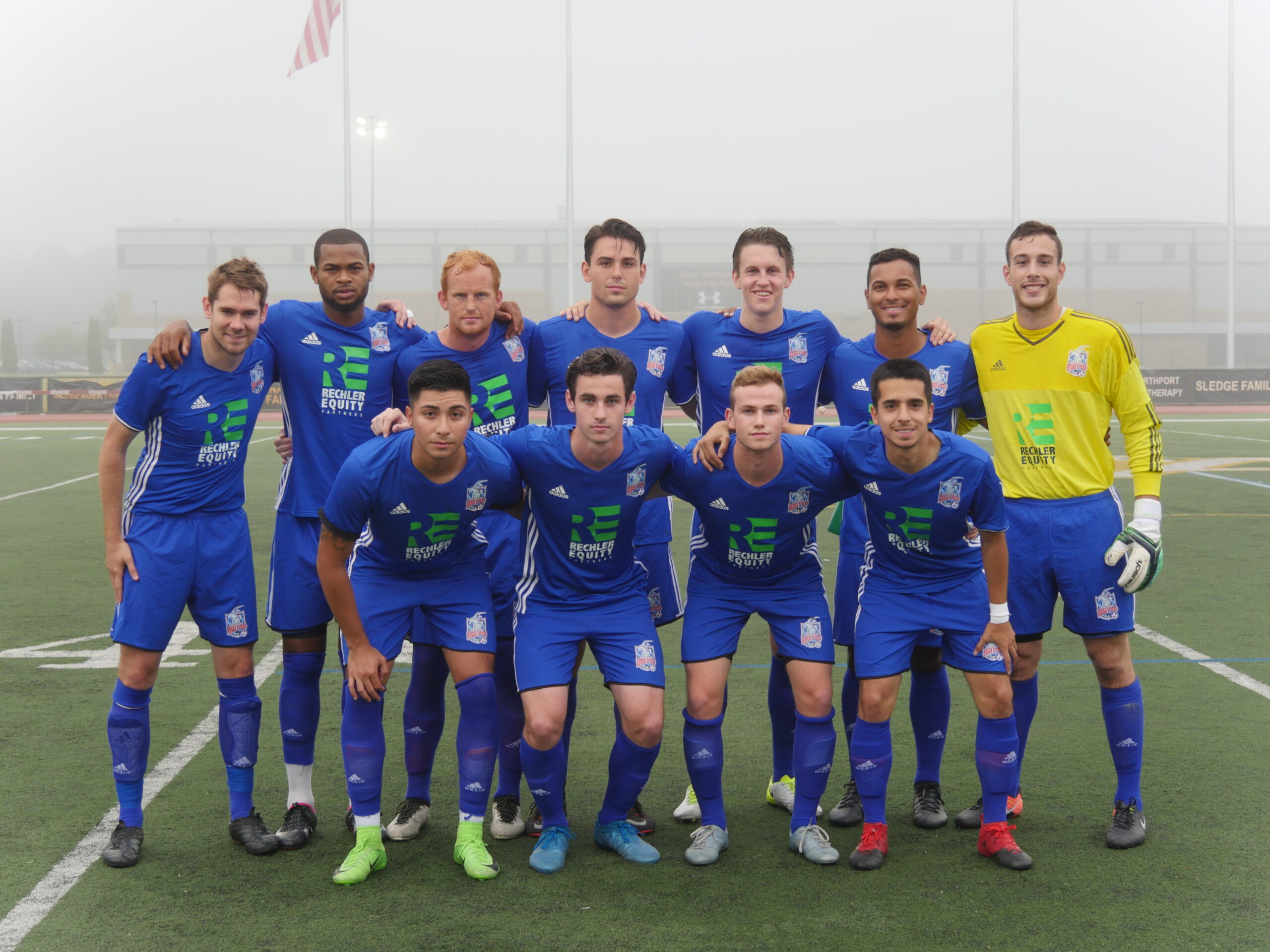 The Riders were hard pressed to duplicate the previous season as they finished in fifth place at 6-7-3. Ketelj paced the side with six goals. Arikian added five goals and four assists and Sean Sepe had four tallies.

Long Island got past FC Sonic Lehigh Valley, 2-0, in the opening round of the U.S. Open Cup in Whitehall, Pa., as Thomas Wharf, who did not score in the regular season and Shaun Higgins scored three minutes apart (19th and 22nd minutes). The team, however, fell to the Harrisburg City Islanders in the next round by the same score. 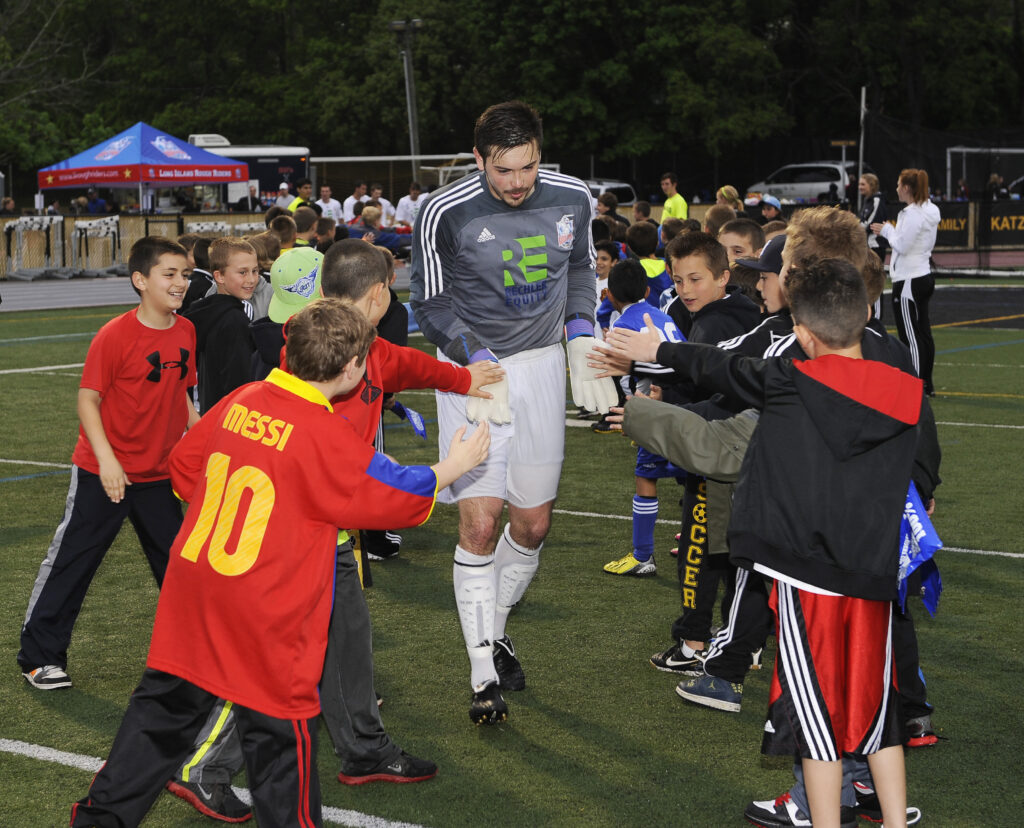 Nealis was taken by the Houston Dynamo as the 37th overall selection of the MLS SuperDraft.